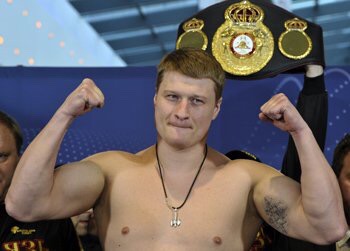 Now i have been thinking of how i am going to go about writing this piece on a fight i have no interest in due to it showing massive flaws in boxing and it was taking part in a country that is embaressing most sports at the minute   .In Russia we where supposed to see Alexander Povetkin take on Bermane Stiverne for the intirim WBC Heavyweight  title, a fight i had joked about in the asylum writers chat should be good as both men will be like super humans with the amount of juice they will be pumping into themselves . Fast Foward a few hours and it was announced by the WBC they would not be sanctioning the fight as Povetkin had tested positive for muscle-building substance ostarine ,his second failed drug test this year, soon after it emerged that Stiverne would not be taking part in the fight now  it looked like Povetkin would not be fighting as he only had 24hrs to find a replacement …..enter Johann Duhaupas.

When i was watching this fight all that kept going thru my mind was ‘why am i watching this freakshow’ , i mean the thing was that disorginised that Duhaupas was in the ring with running shoes on,not that that made any diffrence because how prepared can you be on 24hr notice anyway . Duhaupas looked big and flabby,he didnt look like a guy who stays in shape between fights . The fight was only ever going to end one way and it came at the end of the sixth round, a lapse in concentration by Duhaupas saw him hit by three big shots which knocked him flat on his back out cold, was a great KO if not a valid one in my book . 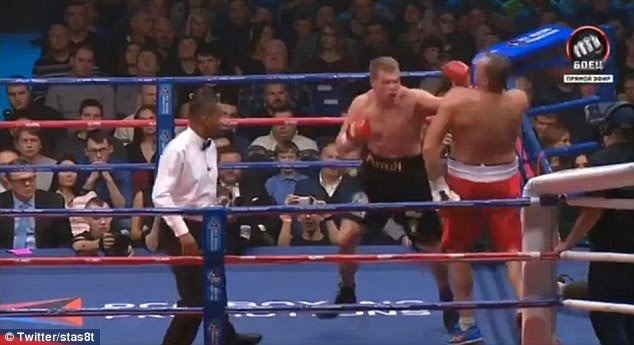 Now that brief overview is as much time as I’m willing to give to the fight but there is something else i want to put out there thats been eating away at me. Why was Povetkin allowed to fight anyway ? . This is his second failed drug test this year, this guy shouldn’t be allowed near an event until he has proved himself innocent , we can’t have guys failing drug tests then going on and picking up a wage and winning a fight the next day, there has to be a deterant for cheats. Maybe Povetkin would think twice about doping if he was facing ruin finaccially due to lawsuits and massive bans but lets simplify this even more to a human level, ostarine is a muscle builder,for me that is the same as loading your gloves, if true he was trying to gain an advantage that would directly cause major damage to his oponent and that for me is the worst kind of cheat .

2 thoughts on “Sneaky Russian Povetkin and his Freakshow fight”