Over the past few weeks the super lightweight division has jumped into action and we are a step closer to having a bit of clarity . Three weeks ago Josh Taylor kept his star rising with the KO of Winston Campos to retain his WBC Silver Title and that followed by Regis Prograis Ko victory over Julius Indongo for the WBC Interim Tilte , followed by Mikey Garcia’s points win over Sergy Lipiniets to claim the IBF title at the weight in a great fight . On Saturday night we were treated to another great fight for the WBC Vavant Super Lightweight title between Jose Ramirez and Amir Imam . (YOU CAN WATCH RAMIREZ VS IMAM AT THE BOTTOM OF THE PAGE

There was a cry a few weeks ago that it should have been Indongo/Prograis that fought for the proper title but that fight turned out to be a damp squib which was over in two rounds , this fight on the other hand was packed with some superb action from both men . From the off Imam showed he was more than capable of making this a fight by working off his jab and using lateral movement to frustrate Ramirez but like all top class fighters Ramirez soon made the changes to take the initiative early on . After a fairly quiet  opening round Ramirez lifted the pace right from the start of the second round putting Imam under immense pressure .When Ramirez closes the gap he is superb to watch and no wonder he’s becoming a fan favourite with this high intensity style of his , which we can see over Ramirez last couple fights he is starting to look a bit more cultured throwing feints whilst inside to open up the body . Ramirez looked to be systematically breaking Imam down until about round eight when Imam made a change of his own when he decided to throw with Ramirez and had some success . In the end Ramirez survived the little comeback by Imam and ran out a deserved clear winner on the cards 117-111 , 115-113 and 120-108 in which was another brilliant performance by Ramirez , a man who impresses me everytime i watch him . 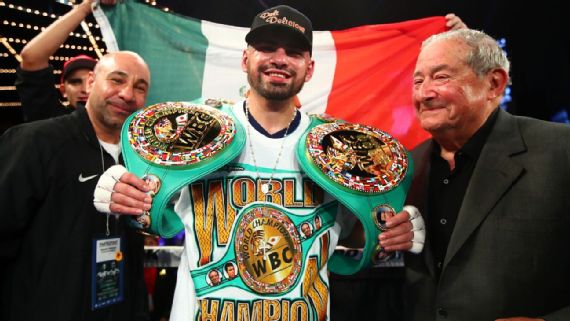 Ever since the undisputed champion Terrence Crawford vacated all the belts at 140lbs it has been a bit of a mess but now we are starting to see some clarity in the division . All of a sudden there seems to be so much talent in the 140lbs division with a top 5 all capable of being king of the division and a few more right on the fringes of top level and this has us fans now wanting a World Boxing Super Series format at the division to make all the best fight . Right now at 140lbs there is only one star which is Mikey Garcia (IBF Champion) so it should be within WBSS budget to get all the best in the division to sign , a lot more realistic than the idea of the Light Heavyweight tournament . The WBSS Cruiserweight Tournament has given fans a hunger and desire to see the best put it all on the line in a sink or swim format and if ever a division was ready for it , it is the super lightweight division .