As a boxing fan this week has been a week of anger and disappointment but sadly after hearing a 19 year old lad had lost his life after being stabbed at a boxing event in Walsall I was not surprised . Gradually over the past 2 years I have seen first hand crowd violence at boxing events get worse at  an alarming rate , to a point where you actually comment when things don’t kick off in the crowd . 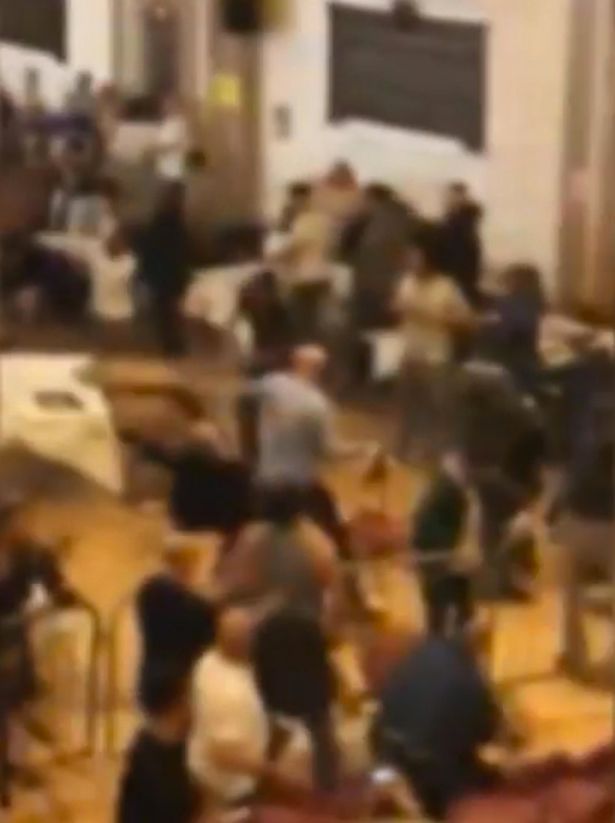 The first time I was caught up in any crowd trouble was at Crolla v Linares 1 in the MEN in Manchester . Where I was sitting ,there seemed to be a load of groups of young men who had been clearly drinking all day . The place did feel on edge the full night , there was a feeling that one spark was going ignite the place into carnage . Things stayed like that until the end of the main event and Linares won on the cards , well that was the only excuse needed . I witnessed people trying to storm the ring , then sporadic fighting breaking out inside and outside the arena , in fact after the event I said unfairly

“I will never attend an event in Manchester again”

Fast forward a few months and it was time to go see Ricky Burns take on Julius Indongo in the SSE Hydro in Glasgow . Just as people are getting seated and ready for the main event we see  a mass brawl kick off at the other side of the arena ,which seemed to last for a while with security struggling to get to the culprits. I learned afterwards that Tommy Allen of the Boxing Asylum and his father where caught up in the carnage , with Tommy’s dad being assaulted in the process .

On TV I witnessed boozed up West Ham Casuals start a mini riot at the copperbox on a frank Warren card forcing TV chiefs to pan the camera out to and censor what was happening in the crowd , but in this age of social media there was plenty of footage going round to show what was happening . Even the glamorous WBSS event couldn’t escape the violence, when George Groves took on Jamie Cox the main event was ruined by upwards of 40 men according to Fight Talks Craig Scott , Spencer Fearon also put a video on instagram showing just how wild it got in the crowd  .

What can be done ?
Well the common denominator in all these instances seems to be young lads who have been drinking all day , so is the answer to ban alcohol from event’s  ? . Well I’m not convinced this alone would work as most of these yobs have already been drinking all day and small shows rely on money made from the bar’s . There could maybe be a drink limit system set up with something like 4 drinks MAX at a show , but again i think the affects of this would be limited . For me a major factor is the time in which Main Events actually start , I think bringing main events forward to 8 PM instead of 10.30-11PM would have a massive affect , especially if there was also a drink limit . It’s time for boxing promoters to stop trying to please everyone and make boxing events for boxing fans instead of accommodating football and rugby fans as well . Boxing events are no longer a place to take young fans because of a percentage of this generation’s casual fans who only see these events as a place to drink , they don’t care about the the sport . I would rather have family friendly events that will bring youngsters into the sport for years to come rather than have this quick fix of idiots who are turning real fans away from boxing .
Steven Donnell