Well Ladies and Gentlemen , boys and girls it is that time again ,a time that makes makes me feel all warm and fuzzy inside which can only mean one thing …..It’s time for another round of the World Boxing Super Series (WBSS) . On Saturday night WBO Cruiserweight World Champion Oleksandr Usyk will take on WBC World Champion Marius Breidis in Riga Latvia , the first of the Semi Final clashes and once again we will be there on the ground taking in this fantastic tourniment in a fantastic city . There has been a lot of talk of whether the WBSS will be back or not so my advice to any boxing fan out there is to embrace the WBSS whilst it’s here. 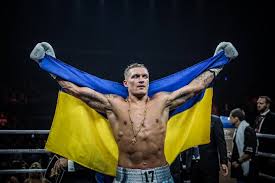 Right from the start i will admit i am a massive Usyk fan , but I’m sure any of our followers on twitter already know this . Usyk is another product of the Ukrainian Boxing Machine which also boasts the most talented fighter in the world today Vasyil Lomachenko , and when you watch Usyk there is definetly direct comparrisons to Lomachenko . In the last round of the WBSS Usyk made light work of the ageing but very awkward Marco Huck in Berlin . There is no doubt Usyk’s top attribute is his footwork and movement which Huck tried to counter by just storming toward the Ukrainian swinging from the heavens  , but after a couple of rounds Usyk had worked him out and really made the vetren Huck look foolish at times . Despite having a high KO ratio and looking like a man mountain Usyk doesn’t have that one punch KO power , his style is to beat you down mentally and physically , again very much like Lomachenko . There are some unanswered questions when talking about Usyk . In all his fights he has had it all his own way as a pro , we have never seen anyone land any big shots on him yet , how will he react ? What happens to Usyk if someone can negate his movement ? , both questions i hope to be answered this weekend . 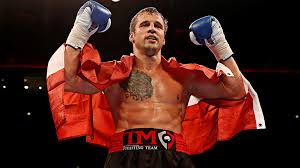 Mairis Briedis is coming off a win against Mike Perez in the last round of the WBSS , but as the fight was a snooze fest it wouldn’t have won him many more fans outside of Latvia   , but Briedis is a talented fighter though . Briedis is very light on his feet which usually see’s him get out of harms way before taking any unnecessary shots . The Latvian is also very smart with the clinch which he uses to control the tempo of a fight and frustrates oponents, even if it isn’t great for fans to watch . When watching Breidis he can look slow and plodding but then in the blink of an eye he will land something which brings him to life , just like that he will be on his toes and looking to land a left hook or one of his beautiful uppercuts . Breidis comes from a kickboxing background and sometimes it does show . With lapses in concentration he can be slow to bring his guard up and even misjudge distance leaving himself wide open .

I am really looking forward to this fight as it is each mans biggest test to date . It will be interesting to see who will be able to implement there style on this fight , will it be Briedis with his punch and clinch or will Usyk be to elusive for him . I have seen a few people predict a snooze fest in this fight and i have to say i am not one of these people . I think Usyk will use his superior footwork to be able to side step any attempts by Briedis to clinch . I expect Usyk to rise up and really show he is a different level from Briedis . How will it end ? personally i think Usyk will get a late stoppage after a slow start . I think Usyk’s high output and constant movement will break Briedis mentally and physically which will show in the later rounds .