When i hear the the old Cliche “Boxing is in my DNA” i pass it off as a template answer , something to fill in a blank ….well that was until i caught up with Irish Cruiserweight Gary Sweeney (23) . Gary comes from a real fighting family with four older brothers being Amateur Champions in Mayo Ireland , with his brother/mentor and now trainer Micheal Sweeney also being a former professional but Gary says it all goes back to his Grandfather .

“My Grandfather never liked talking to us about boxing because he never wanted us fighting and stuff , but he was a bareknuckle boxing champion . He didn’t want us getting into bareknuckle game , he wanted us to just get into the ring and start  boxing “

“My father used to box back in his day but when he finished he opened an amateur boxing club due to discrimination because he was from a traveling background . So we opened our own boxing club and from there i won 7 ameatur titles.”

Gary was inspired to get into boxing after watching his brother’s . Going to watch them in tournaments at eight years old he decided he wanted to have a go at the sport for himself .

“I remember when i was eight years old i remember i would get hit a punch and i would just smile . Once i was in boxing i just loved it “

Like any young Sportsperson the biggest fear is injury and in 2017 Gary found that out when a back injury kept him out for most of the year , which halted the momentum he had been building .

“It was very frustrating , i have lost 13 months of boxing and the full time I’ve been watching all these fights on TV and on Youtube and i was just eating myself . I had all these injuries with my back and i broke my hand so i had to just sit back and watch all these fights . Then finally christmas was gone and i got myself a fight , and now I’m back in the swing of things ”

“I was meant to go for surgery before my last fight but the surgery didn’t take place so what they done was drain it so its still a bit sore but it’s good enough to get me back in the ring , until i can get the surgery in the summer” . 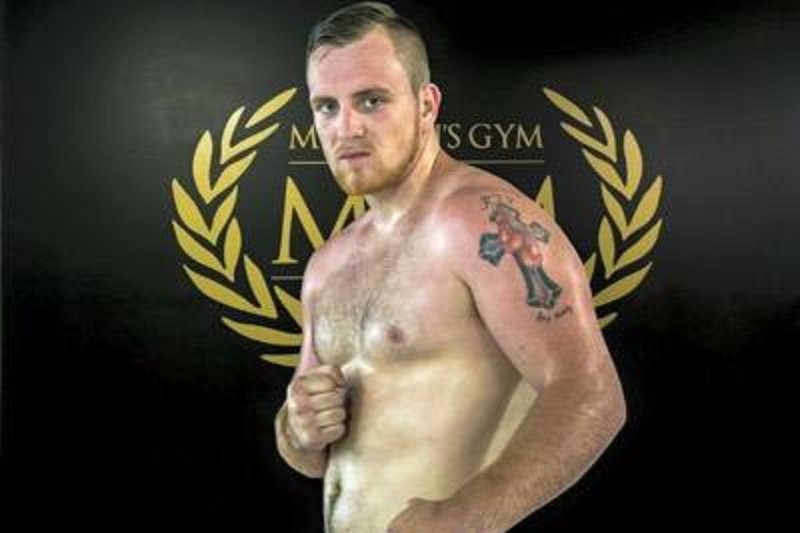 Gary will be fighting in a six rounder on the MTK London card on March 3rd and although Gary doesn’t know who his opponents is yet , he is expecting it to be someone who will put him through his paces so he is coming over to Scotland to get some sparring with British Title challenger Stephen Simmons .

“Two weeks before my fight i will be Scotland and I’m going to get a good hard week with Simmons . You couldn’t ask for any better than that , going out and getting rounds of sparring with these guys is good for me. I am part of the MTK Global team and they have me out sparring all over the place which is just brilliant “

Fighting on this MTK London card will give Gary the opertunity of some big exposure in a small hall context due to there partnership with IFL TV who stream the cards on youtube .

“This card will be streamed again on youtube , which is brilliant . Last time they got over 140,000 viewers . To be on any sort of TV is brilliant but anybody can get this for free.

We would just like to thank Gary Sweeney for taking the time out to come and have a chat with us and we are looking forward to seeing him back in the ring . For tickets to the show Saturday 3rd March 2018 Ticket hotline 07876 238286 Ticket prices Tiered seating £40 Ringside tables with waitress service £60 / £70 Doors open 4.30pm .