Boxing can be an unrewarding , cutthroat business where you need to get yourself noticed . For young fighters it is imperative they surround themselves with the right people , that they find a manger/advisor and promoter that know boxing inside out and have the boxers best interests at heart .

Ohara Davies is a man who divides opinion up and down the country by playing the pantomime villain . I have followed his career since he won the English title in 2016 . He has always been someone who’s excited me in the ring but in the past couple of years as his stock has risen inside the ring we have seen him become a personality outside the ring , which has turned me off to him . Now i am not naive , it is very clear to me that Davies has been advised to play the bad man which has been a sales tactic in boxing since the sport began, a tactic that keeps you relevant and can help sell tickets to your fans and haters alike . In today’s ultra connected world where everything is instantly out there and accessible this tactic is ever more risky as its a fine line between cocky and down right offensive and in today’s overly sensitive world that is a very dangerous game to play . A few months ago he had a go at Paddy Barnes Wife which for me is disgusting and immature . Before that he was calling the people of Liverpool minimum wage peasants causing massive uproar , but all the time being rewarded with big pay days and slots on big shows , reportedly earning over £100,000 for the Josh Taylor fight , but now it has all turned a bit sour for Ohara . At the beginning of January Ohara Davies sent out a tweet which got him caught up in the murky waters of Liverpool’s city wide Anti Sun newspaper campaign , which go’s back to the newspaper lies about victims of the Hillsborough Disaster . The backlash was massive and in my opinion well over the top . We seen fellow Matchroom stars like Tony Bellew turn against Ohara, Eddie Hearn released a statement and dropped from the Matchroom “British Beef Card” in London 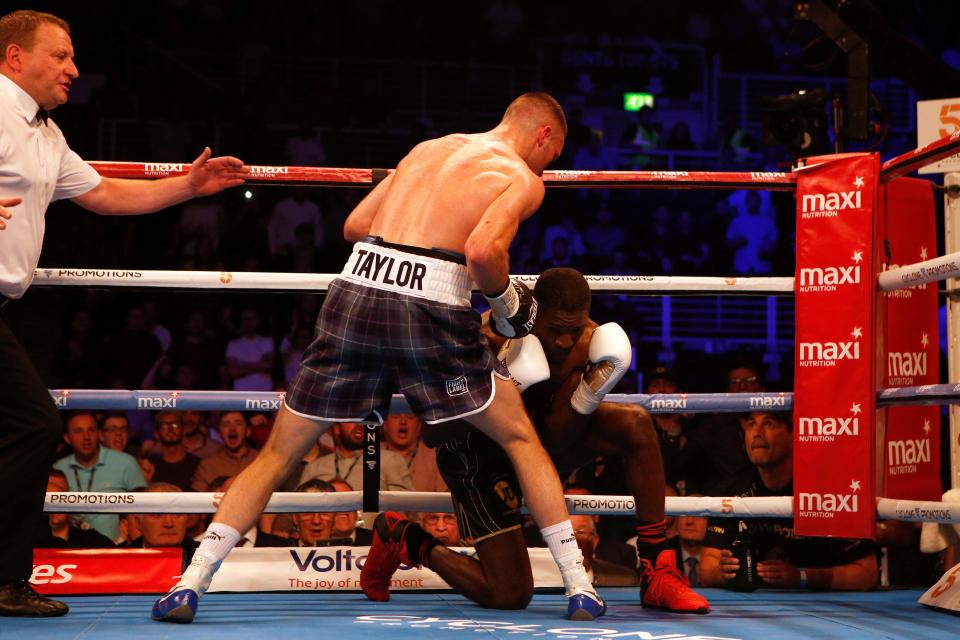 Who Was Looking Out For Ohara ?

Let’s not make any excuses for Ohara Davies , he is a grown man and every man must take responsibility for his actions . There are people close to Ohara paid to guide this young mans career who should be having a good look at themselves , people like Ohara’s Manger/Advisor and former TOWIE reality show star Charlie Sims . Whilst Sims (24) was laughing along and no doubt egging Ohara on , the rest of us could see this train wreck coming . He has either advised Ohara to adopt this persona or he has failed to get Ohara to tone it down , which has now cost Ohara the chance to fight on a card in his hometown and seen him barred from Tony Sims gym , not to mention the purse money lost . I think Eddie Hearn has missed opportunities to ask this lad to tone it down . At the press conference before Davie vs Derry Mathews fight in Liverpool you could see the £££ in Eddie Hearns eyes as Ohara insulted a full city , and made the bout a grudge match . This time he’s touched on something that can damage the reputation of Hearn’s brand and that’s why Hearn had to act . Time after time Ohara Davies has been rewarded for playing close to the line of what is acceptable behaviour so to now ostracise the lad when he goes over the line seems convenient for some . Hopefully Ohara will realise he has to get people around him who are there to look after him and his interests . Can he come back from this ? , yeah i think he will but you wont see him on any cards in the North West for a while thats for sure .