Zolani Tete Interview – Born in Apartheid to Champion of the World

Let me take you back to South Africa 1948 . This is the year that laws where implemented that would be a stain on humanity for the best part of 50 years , these laws where called Aparthied . Apartheid comes from an Afrikaans (A White south African person who’s decended from Europe , Holland) word meaning Apart-hood . These laws enforced racial segregation in every aspect of life such as education , employment , housing and Government . South Africa had segregation since the turn of the 20th Century but in 1948 these newly passed laws allowed legal enforcement of racism . As time passed political anti-aprthied movements had started with groups like the ANC , but there protests where met with deadly force and even further restrictions where added to the Apartheid laws .

Now lets fast forward 40 years to 1988 . The world has finally started to take notice of the oppression happening in South Africa . Trade embargo’s , political pressure and a campaign to have ANC leader’s such as Nelson Mandela set free from prison had seen to it that this was the beginning of the end for Aparthied . This is also the year that Zolani Tete was born in the Township of Mdantsane on the eastern cape . Born to a pastor father and a Mother who Zolani describes as a gift from God , Tete has nothing but appreciation to his parents for how he was raised .

” My father is still a Pastor to this day and he has grown us so well . My parents taught us to love and respect our elders and went out of there way to make sure we got a good education and a better life “

On 11th February 1990 Nelson Mandela was freed from prison after serving 27 years locked up , and over the next few years Apartheid Crumbled and the “Rainbow Nation” was born with Mandela being elected President in 1994 . I asked Zolani what was life like growing up in post Apartheid South Africa ? .

” It’s been the best feeling for us youngsters because we never wanted to experience what our mothers and fathers experienced in the past , we where all happy about that . ”

“It’s been good to grow up past the Apartheid times , just think i wouldn’t have been fighting all over the world experiencing what i have experienced and getting all the opportunities i have now . I must give thanks to our former President and the late Mr Nelson Mandela and his colleagues . “

Growing up in Post Apartheid South Africa didn’t mean that Zolani was sheltered from the sometimes cruel world that children in schools and communities from every country face . I asked Zolani if he had always dreamed of being a professional boxer

“I only got into boxing as a way of defending myself with my brother . We were bullied at school from a very young age , i never knew that through boxing you could you could support your family and make a good living , so i might say thank you to those guys who used to bully us at school “. 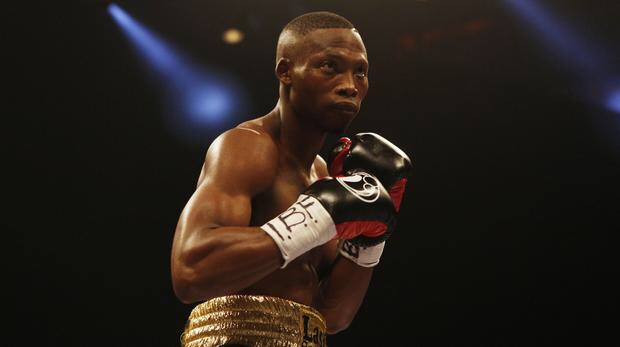 Zolani had a successful amateur career with 400 fights and only 3 losses so and with life at home being difficult on the family financially he decided that it was time to turn professional.

“It was around 2005 when i thought i could stand a chance at being a World Champion and at that time my family was going through a tough time . My parents were struggling to get work at the time , sometimes my mum would get a job and earning so little it barely put food on the table , so i decided to turn pro so i could help “. 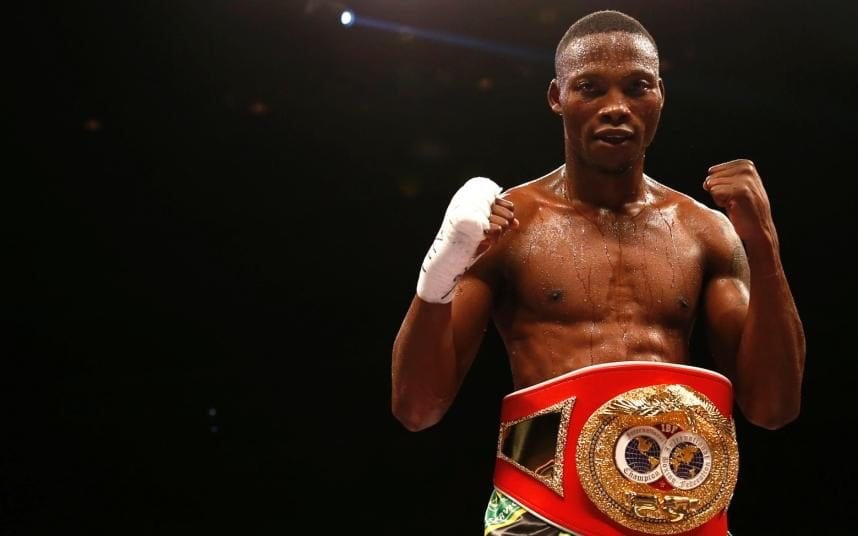 In 2014 Zolani Tete finally realised his dream of being World Champion when he won the IBF Super Flyweight Champion after a unanimous decision win against the Japanese fighter Kinoshita in Japan . I asked Zolani how he was received on returning home to South Africa as a World Champion .

” People give me credit and respect as their champion , i walk down the street and people salute me as i pass by . Boxing is a very popular sport in South Africa thanks to people like Vuyani Bungu and Welcome Nita to mention a few , who have brought glory to this country . People love boxing here especially in my home township of Mdantsane is the known as the Mecca of boxing so you could imagine how they received me .”

Zolani Tete is a name that is now growing in the UK and has been on the rise since Knockout win over Paul Butler in Liverpool . Since that night in Liverpool Tete’s talent caught the eye of Frank Warren and since then Tete has teamed up with Warren in what looks like a good partnership.

“Frank Warren is one of the best promoters in the world . I met with Frank after the Butler fight when he spotted my talent and he wanted me to partner him . We saw this as a great opportunity and we grabbed it with both hands . It has been amazing working with Frank , Queeensberry is my only home now .” 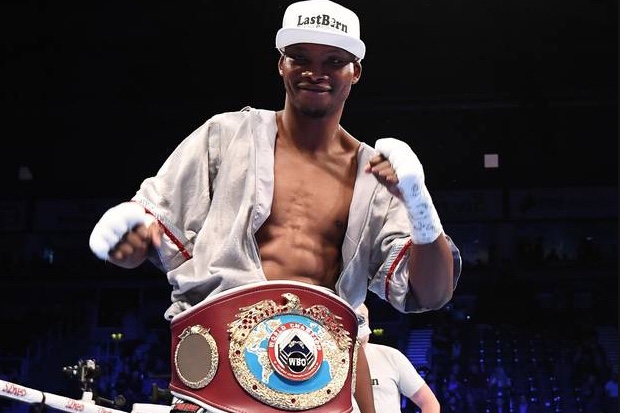 In Zolani’s last fight he became a world record holder when he Knocked out Siboniso Gonya in Belfast whilst defending his WBO Bantamweight title In just 11 seconds , a result that surprised even Zolani .

“I have to admit i was shocked , i knew i was going to win that fight by KO by I didn’t expect it to happen that quickly and in that fashion . Today i am a record holder which is music to my ears .”

After Zolani’s impressive performance in Belfast he called out IBF and WBA Champion Ryan Burnett . This a fight that all of boxing would love to see and really had fans buzzing for a bit until Eddie Hearn (Burnett’s promoter) shot down all talk about the fight being made . I asked Zolani what he thought about Burnett turning the fight down .

“It is so disappointing that Mr Hearn and Mr Burnett refuse to fight me , i dont know why ….maybe they doubt Ryan’s ability or something . I am hopeful that the fight will happen this year .”

There is a bit momentum building up behind Zolani Tete . With BT Sport now in partnership with Frank Warren , Tete is now more known to a bigger audience , so i asked Zolani what he wants to do in the coming year .

“My plan is clear . I want to unify the division . I want Luis Nery and Ryan Burnett . Once i have all the belts i will chase down the monster (Nagoya Inoue) and trust me that will be a fantastic fight .”

I would just like to to finish up by saying a massive thank you to Zolani Tete and his team for arranging this fantastic interview for us .