The weekend just past gave us one of the most technically skilled fights you will see this year when Lomachenko defeated Jorge Linares , so no matter who was going to follow it this weekend they would have a near impossible task . This Saturday we might not have the glamour and technical ability of last weekends fight but it is equally intriguing all the same . Over 25 thousand fans will pack out Elland Road when Josh Warrington will take on Lee Selby in a fight that has been in the making for some time but now we will finally get to see if Warrington is the real deal .

As one of the UK’s longest reigning world champions Lee Selby is practically unknown outside of hardcore boxing fans but don’t let that fool you as Selby is a very skilful boxer . For me Selby’s biggest asset is his movement and the way in which he works off his movement with the jab is fantastic . Selby will keep his opponents at the end of his long jab and if they finally do get inside his quick feet get him out of harms way . Even me as a Lee Selby fan has to admit that this style can become boring to watch  , but my god it is efficient as he is usually to elusive for opponents to land anything meaningful over a full fight . Selby does have a noticeable lack of power and killer instinct in the ring which see’s him go twelve rounds all to often against guys you would expect a world champion to stop and that could be a factor on Saturday night as Warrington will be coming to put pressure on Selby from the start . 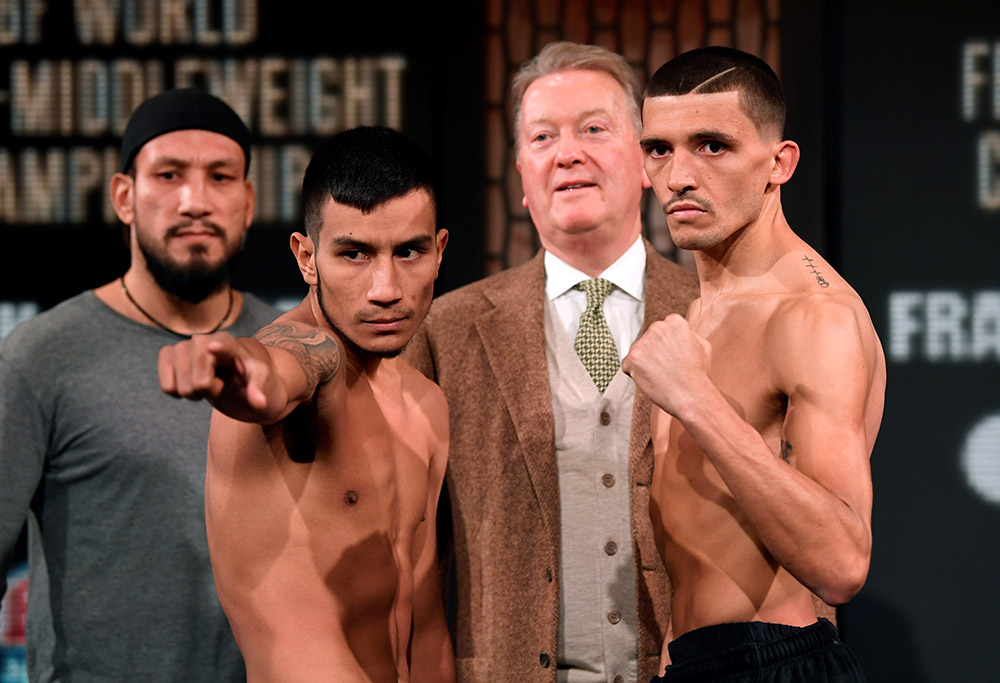 Something else that could be a major factor on Saturday night is for years now we have heard stories of Selby nearly killing himself to make weight and that looked very apparent before his last fight . When weighing in Selby’s ribs were clearly visible and looked to be trying to burst through his skin and that is never a good sign , this lets you know the extreme lengths this guy is going to to get under the 126lbs limit and i really don’t know if Selby has it left in him to take a fresher , hungrier fighter the full twelve rounds .

Josh Warrington is the perfect example of why it is so important to get a good team around you that have your best interests at heart . Some young fighters in the sport are ready to be pushed on early in there careers and other might have the skill needed to be a top fighter but need more time to refine there style , Josh Warrington is the latter of the two . In Warrington’s last few fight’s as he’s been chasing down this Lee Selby his level of opponents has been stepped up , beating guys like Kiko Martinez and Dennis Ceylan which will prepare him well for his biggest challenge to date . Warrington has improved as a fighter over the years and proved against Martinez he can dig deep when he needs to . Warrington likes to keep fights at a high pace and is also willing to take shots to land them . I also believe that Warrington has more power than his record would suggest , maybe not the kind of power that can get guys out of there , but the kind that over a fight will slow opponents down and easier to hit . My one criticism of Warrington is that he can be to eager to get in range sometime leaving himself wide open and against someone like Selby who has quick hands an quicker feet he could play right into the Welshman’s game plan  .

When i go over this fight in my head i can see it being an exciting matchup and i can see ways in which both guys can win . There is no doubt that Lee Selby is the far superior boxer of the two but i how long can he keep cutting weight like he does ? every time a fighter does that he loses a little bit of himself and this might just be the night it all come falling down for Selby . Josh Warrington will be fighting at his favourite football teams ground in front of 25 thousand fans who will all be behind him . After working so hard for this chance he might just step it up another gear and show the world he has arrived . I think this will be Selby’s hardest fight since Eric Hunter and Selby is not the same fighter now who beat Hunter . I think Warrington is going to come in with a game plan to keep the pace high and stay ontop of Selby not giving him a minutes rest . I think Selby will win this fight but only by the skin of his teeth , and if you are looking for an upset this weekend this fight could most definitely be it  .

One thought on “Warrington vs Selby – Preview + Prediction”