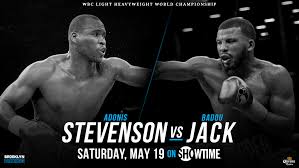 We already have the preview up of Warrington vs Selby which is a massive domestic fight taking place this weekend in the UK , but as much as i am looking forward that one my eyes keep being drawn across the Atlantic to what is happening in Montreial , Canada . This weekend we will get to see the unification fight between Badu Jack and Adonis Stevenson  , a fight that has all of boxing intriuged . 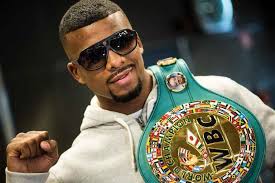 Badu Jack over the past five years has become one of my favourite boxers . This is not due to his skill’s or ring craft or anything like that , I am a fan of Jack because of his hunger and desire to fight the best . In has last five fights he has fought Anthony Dirrell , George Groves ,James DeGale , Lucian Bute and Nathan Cleverly , that deserves respect . I have always said that Jack doesn’t do any do anything outstanding  , but he does everything well , and thats rare .  Jack’s biggest asset is his jab which is crisp and sharp which he uses so well to open opponents up for combination . The way in which Jack switches  from head to body is also very impressive and as Nathan Cleverly found out it is so effective when breaking an opponent down . Although Jack doesn’t have one punch power i wouldn’t call him feather fisted either , he has enough power to keep opponents off him and from what I’ve heard he’s actually brought more power up to light heavyweight . I think Jack is a superb talent but he does have some flaws that Stevenson will be looking to exploit . Jack can sometimes stay in range for to long and that’s something you can’t do against a guy like Stevenson . Jack also goes through the gears at the start of a fight and i am sure Adonis will try to exploit this early door’s . 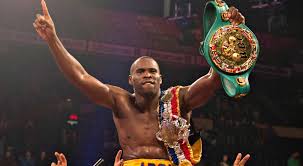 Anybody that follows us on twitter will know i don’t have any time for Adonis Stevenson due to his past , but i really cannot wait for this fight . Adonis is a top class World Champion who has refused to fulfil his own potential over the years . Time after time Stevenson has refused to step up against the best , to the point now where most boxing fans outside Canada see him as irrelevant until now . There is no doubt Adonis Stevenson has unbelievable power in that left hand , something Tony Bellew found out to his horror back in 2013 . Now at 40 years old there is no doubt Stevenson is past his best but with the lack of top class opponents and Stevenson’s style he doesn’t have to much on the clock so don’t let age fool you , this guy’ only needs to land one punch to end a fight . Stevenson’s full style is set up for him to land big left hands which see’s him plant his feet , square up and lunge a lot of the time which may have worked so far but i have no doubt Jack will be looking to punish each and every mistake Stevenson makes and he has the quality to do so .

This is a tough fight to call this one as nobody really knows just how good Adonis Stevenson is as he has never pushed himself against the best , that is in contrast to Badu Jack who has went out and improved as a fighter and won respect after being KO’d in the first round back in 2014 . I think Adonis is going to come out and try to catch Jack cold early and with the power Stevenson has i wouldn’t bet against him finding the target . If Badu Jack can survive the first four rounds i think he will start to impose himself on the fight . At some point in this fight these guys will stand and trade , Jack has to make sure that it happens later in the fight when the 40 year old Stevenson will be feeling the pace . I wouldn’t be surprised if Jack and Stevenson both go down in this fight . All week i have been thinking Jack will take this fight on the cards but as i sit here writing this i have managed to convince myself that Jack will get the KO late on in the fight .