Most of my readers won’t know this but my father is blind , but any of you that do know my old man will agree that he is one of the most amazing people you will ever meet. From cycling on his tandem to mountain climbing he has done it all but his real passion is weight lifting. My Dad is in the gym most days of the week and just approaching 59 years he is still one of the strongest and fittest men in his gym. My “Old man” has told me how so many young guys have come and gone over the years and how others who have trained with him have got noticeably bigger and stronger over short periods of time, and with him not being a man to hold back his words thats usually where his relationship with these guy’s bitterly ends. You see my Dad maybe blind but he can see a cheat a mile away. For him training is all about the hard work and dedication so when people who ask to train with him take shortcuts and cheat he takes this as a personal insult. As is so often the case my Dad’s strong feeling’s on doping has passed down to me .

Now my hatred for drug cheats has served me well and led me to hammer those caught doping at any opportunity. When Louis Ortiz failed a drug test for the second time I was only to happy to take my pound of flesh off of him. When Alexander Povetkin failed his drug test just before he was due to face Deontay Wilder I wanted a lengthy ban, when he failed another I wanted him out of the sport for life. Yeah things were good sitting back and taking aim at these fighters I felt no attachment to but that all changed in February when one of my favourite boxers in the sport, Saul Canelo Alvarez tested positive for Clenbuterol on two separate occasions. 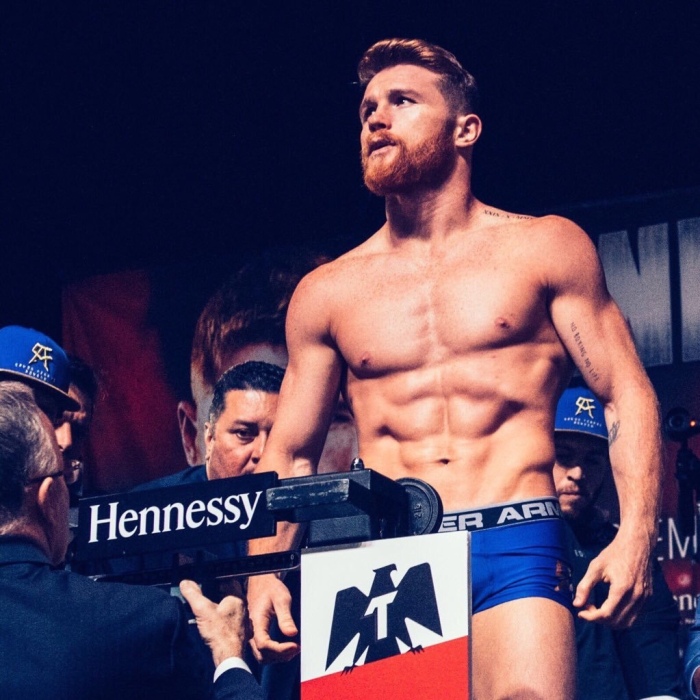 Now like all dopers Canelo denied any wrong doing blaming the failed test on the notorious contaminated Mexican beef. Now I never bought into this excuse no mater how many times the WBC tried to force it down our throats. Now seeing Canelo coming into this fight with GGG he is noticeably smaller, now I never knew what Clenbuterol done to the human body until i seen Canelo in a picture recently and that for me has removed any doubt that he cheated. As a fan of his boxing style and ability it really has left a sour taste in my mouth. On Saturday night if GGG wins then boxing wins, but what about if Canelo wins ? Will he get the credit for being the first man to beat GGG ?, I seriously doubt it, will it clear his name and legacy ? Nope , will he be remembered for it ? I don’t think so …….which got me thinking . 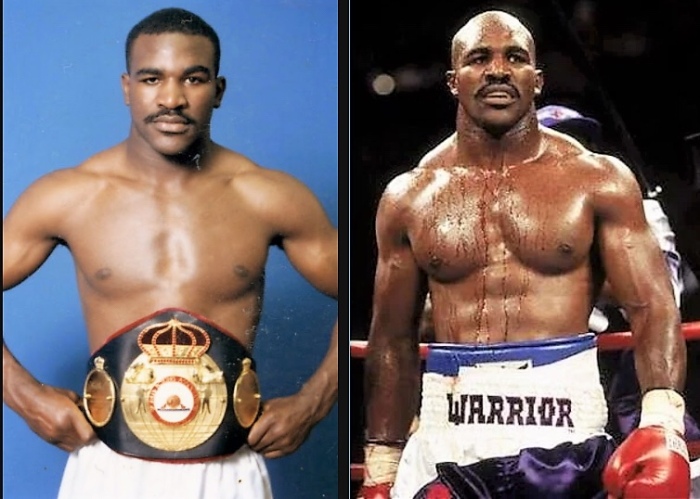 One of my favourite fighters of all time is Evander Holyfield, for me he is a modern day legend of the sport. Holyfield was involved in some of the best fights to take place in my lifetime and to this day I still go back and watch them, we even have one on our Casuals Corner. What boxing fans like to do is overlook the fact that “The Real Deal” is a drug cheat. When people talk about the Klitschko’s it is often met with “yeah Vitali was the better brother” and people will point to how Vitali was schooling Lennox Lewis until the fight was stopped prematurely due to a cut, another modern day great, another drug cheat. If you didn’t know Roy Jones Jnr was a drugs cheat you would never hear a boxing fan tell you instead they would go on about how he is one of the best fighters ever to grace the squared circle.

We as fans pick and choose when we want there to be a hardline zero tolerance of PED enhanced boxers and when we give them a pass. The truth of the matter is that boxing can be a popularity contest outside the ring which see’s us turn a blind eye all to often. It would seem that we only want a hardline when it suits us which really makes us no better than the law makers of the sport.

Canelo Vs GGG , DjayBoxing “best to the punch” Podcast

Beat to the punch