This weekend we have the biggest fight in years when GGG takes on Canelo Alvarez to see who is “The King of the Middleweights” . This fight has been what the promoters call “marinating” for 2 years to long now ,but hey lets not get hung up on that now and just enjoy these two superstars putting on a show which i think is guaranteed to deliver . 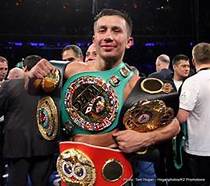 What can be said about GGG that hasn’t already been said over the years. Here is a guy who has the best jab in boxing for me, and if HBO are to be believed it is also the most accurate jab in boxing . GGG’s high KO ratio means very rarely do people actually comment on his jab, but come Saturday night this weapon could be the tool that see’s Canelo come unstuck . Another of GGG’s best talents hidden away behind that KO ratio is the way he can cut off the ring, manoeuvring his opponents into a corner until there is nowhere to run ,leaving him free to open you up with his power shots . Galovkin does have flaws tho, as we seen against Danny Jacobs he is willing to let opponents land taking advantage of that granite chin, but eventually that will give out . It also looked against Jacobs as if GGG was that half a step slower, and maybe his hunger and intensity not what it was a couple of years ago .

Saul Canelo Alvarez is the Mexican poster boy and pretty much the biggest star in world boxing . After turning pro at just 16 years old he has alway been tipped for superstardom , but after taking the Vacant WBC Middleweight title by beating Cotto at a catchweight a few years ago ,this GGG fight has been a thorn in his side , aswell as a stain on his legacy up until now . Now Canelo is up at Middleweight , and looks to have filled out in all the right places . Canelo’s main strength is his counter punching, which could very well be tailor made for GGG . The way in which Canelo covers up teams up perfectly with his well timed counters, which could see GGG frustrated and see his cool facade tested . 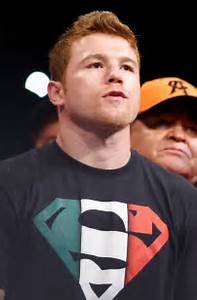 I am going to go agaisnt grain here and say Canelo is just going to sneak this fight on the cards . I think Team Canelo have stood there ground and let time take its toll on GGG ever so slightly . If GGG can work Canelo’s body early there is every chance Canelo might very well be stopped , but i think Canelo will counter those shots early and take them off the table . Earlier i said GGG has the best jab in boxing but what i didn’t mention is how Canelo pivots ready to pounce with power on any lazy jabs left out there, it really could be the Kryptonite to that fantastic jab . All in all this fight is going to be one for the history books and for any boxing fan worth there salt , this is a MUST SEE .